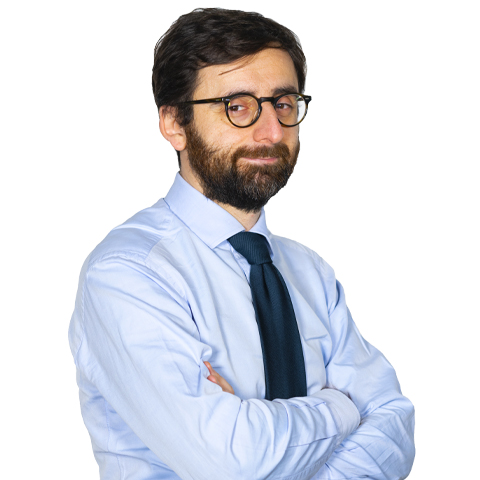 Christian Iaione is professor of public law teaching courses on urban law & policy, law & policy of innovation & climate change at Luiss Guido Carli Law Department where he is also deputy director of the research center BILL-Blockchain, artificial Intelligence and digital innovation Law Lab, coordinator of the innovation area of the Luiss School of Law, faculty co-director of the graduate course in Law, Digital Innovation and Sustainability, and faculty co-director of LabGov – LABoratory for the GOVernance of the City as a Commons (a scientific partnership between Luiss University and Georgetown University). He is also affiliated fellow of the Urban Law Center at Fordham University. He is Luiss scientific responsible for four EU-funded R&I projects (Open Heritage, EUARENAS, ENGAGE.EU R&I, and AWARE) and two national grants on the creation of energy communities and houses of emerging technologies. He is co-lead expert of  the URBACT-UIA CO4CITIES project and member of the Urban Partnership on Innovative and Responsible Procurement within the Urban Agenda for the EU. He coordinates the City Science Office of the City of Reggio Emilia and represents it within the European Commission City Science Initiative.

Graduated in Law at LUISS Guido Carli, he earned an LL.M. in Government Economic Regulation at NYU School of Law and received his PhD in European and Comparative Public Administration at Sapienza Business School. In 1999 he has been visiting at Boalt Hall University of California, Berkeley, and in 2000-2001 he was intern for the European Commission in Brussels and at the International Law Institute in Washington D.C. From 2002 through 2006 Christian practiced law with Allen & Overy and Freshfields Bruckhaus Deringer. From 2002 through 2008 he has been research fellow in public law and economics at Sapienza Business School. In 2006-2007 he has been Emile Noël Fellow at la NYU School of Law Jean Monnet Center. In 2007-2008 he has been visiting scholar at the Rudin Center for Transportation Policy and Management of the NYU Wagner School of Public Service. From 2009 through 2014 he was assistant professor at Cusano University. In 2011-2012 he taught Federalism and multilevel governance at Sapienza Business School. From 2008 through 2011 he has been editor-in-chief and from 2012 through 2014 director of Labsus – Laboratorio per la sussidiarietà. In 2010-2011 Christian directed the Rock Your School project and in 2011-2013 the City as a Commons project and was on the working group drafting the Bologna Regulation on public collaboration for urban commons. In 2014 he directed the Co-Mantova project, the first pact of collaboration for a community-led economic development process based on cultural, knowledge, environmental and urban commons, sharing economy and social innovation. In 2015 he is leading the Battipaglia Collabora project, the first urban strategic planning based on social innovation, regeneration of cultural, environmental and urban commons and sharing economy, and the CO-Bologna process, the second stage of the Bologna City as a commons project. As part of the CO-Bologna process, Christian was co-chair of the first IASC thematic conference on the urban commons “The City as a Commons“. He coordinated the Co-Roma project carried out in cooperation with ENEA, the Italian agency for Sustainable Development on the creation of inclusive smart urban districts. He has been the expert of the EU Committee of the Regions who drafted the opinion on the “Local and regional dimension of the sharing economy“. He was member of the Sharing Economy International Advisory Board of the Seoul Metropolitan Government and e advisor of several Italian local governments and institutions (Tuscany Region, City of Rome, City of Bologna, City of Reggio Emilia). He has been UIA – Urban Innovative Actions expert appointed by the European Commission for the Co-City project of the City of Turin, lead expert of the EU Urbact program for the Civic eState project. He has been member of the board of directors of AgID, the Italian Agency for Digitalization. He contributed to shape and coordinates the technical assistance of the Ministry of Culture program Culture Urban Future. He has been scientific advisor on innovation issues for Federcasa.

Christian has published several articles in the field of public and administrative law and, in particular, land use, public goods and the commons, public services and public contracts, urban law and local government. He has authored two books on In house publicly-owned companies. Contribution to the principle of self-organization and self-production of local governments (Jovene, 2007 – 2012, II ed.) and The regulation of urban mobility (Jovene, 2008) and has co-authored Italy of the Commons (Carocci, 2012), The Age of Sharing (Carocci, 2015),  The Co-City (Jovene, 2018), Housing for all (Mulino, 2019), The Law of Urban Communities (Franco Angeli, 2020), Co-Cities. Innovative Transitions Towards Toward Just and Self-Sustaining Communities (MIT Press, 2022). Iaione’s current research focus is on open science, citizen science, city science, sustainable finance, tech and climate justice, in particular knowledge commons, innovation procurement, green emerging technologies, public-private-commons partnerships.